Copyright and photography on the Internet

The simple rule is, if you really don’t want your photography stolen, abused, plagiarised or copied don’t post it on the Internet! Ironically if you want people to see your work, that’s exactly where you need to put it.

Copyright law is on the whole pretty clear in most countries and is based on the principles of the Berne Convention for the Protection of Literary and Artistic Works which grants you copyright automatically to your own work (assuming the country in which the work originated is a signatory to the treaty). There’s no point me cutting and pasting the whole treaty here – but I do strongly suggest you look it up and have a good read as it is the foundation of copyright law throughout much of the world.

The law is pretty simple. If you made it, you own it, it’s yours and nobody has a right to copy it. The reality is different, it always has been, but this is even more so in the digital age. It’s easy to copy and use your work. Many copyright thieves will assume you won’t find your copied work, or they won’t care because they think you may not have the knowledge or funds to pursue them through legal channels. Additionally there are a lot of very stupid people out there that are still completely ignorant of the principles of copyright!

So what do you do if you don’t want to run the risk?

There is no number two, because that’s the only way to be certain nobody will breach your copyright. It’s that simple!

However, you can minimize the risk in a number of ways by taking some sensible precautions and the application of a bit of common sense. 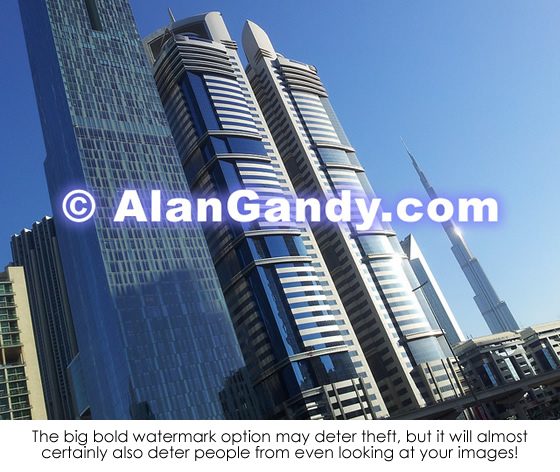 But, what can you do when you find someone has been copying? Here’s a few suggestions that have worked for me in the past. I would add though, Read up on the Berne Convention and national laws to ensure you sound like you know what you’re talking about (you can get all you need to know from Google in a few minutes) before taking any of the following steps

I’ll say it again: If you don’t want your work copied don’t put it out there as sooner or later it will be. If you do, and it is copied PUT UP A FIGHT, not just for yourself, but also for everyone else who has been or will be wronged in the future!