I have quite a lot of old cameras hidden in the back of a cupboard back in the UK. From my first Kodak Brownie, an Ilford rangefinder given to me my my uncle Alex (he an this camera were what got me seriously interested in photography as a teenager), and my first SLR through to all kind off oddities either given to me bought and used or collected along the way.

Whilst rummaging through this mostly valueless (except for sentimental reasons) rag tag collection my dad asked me if I remembered the camera he’d bought for me, no I hadn’t of course (apparently this incident occurred something like 13 years ago and I’m not sure if he ever did mention it to me). He promptly pulled out this plastic black case and brought it to me… 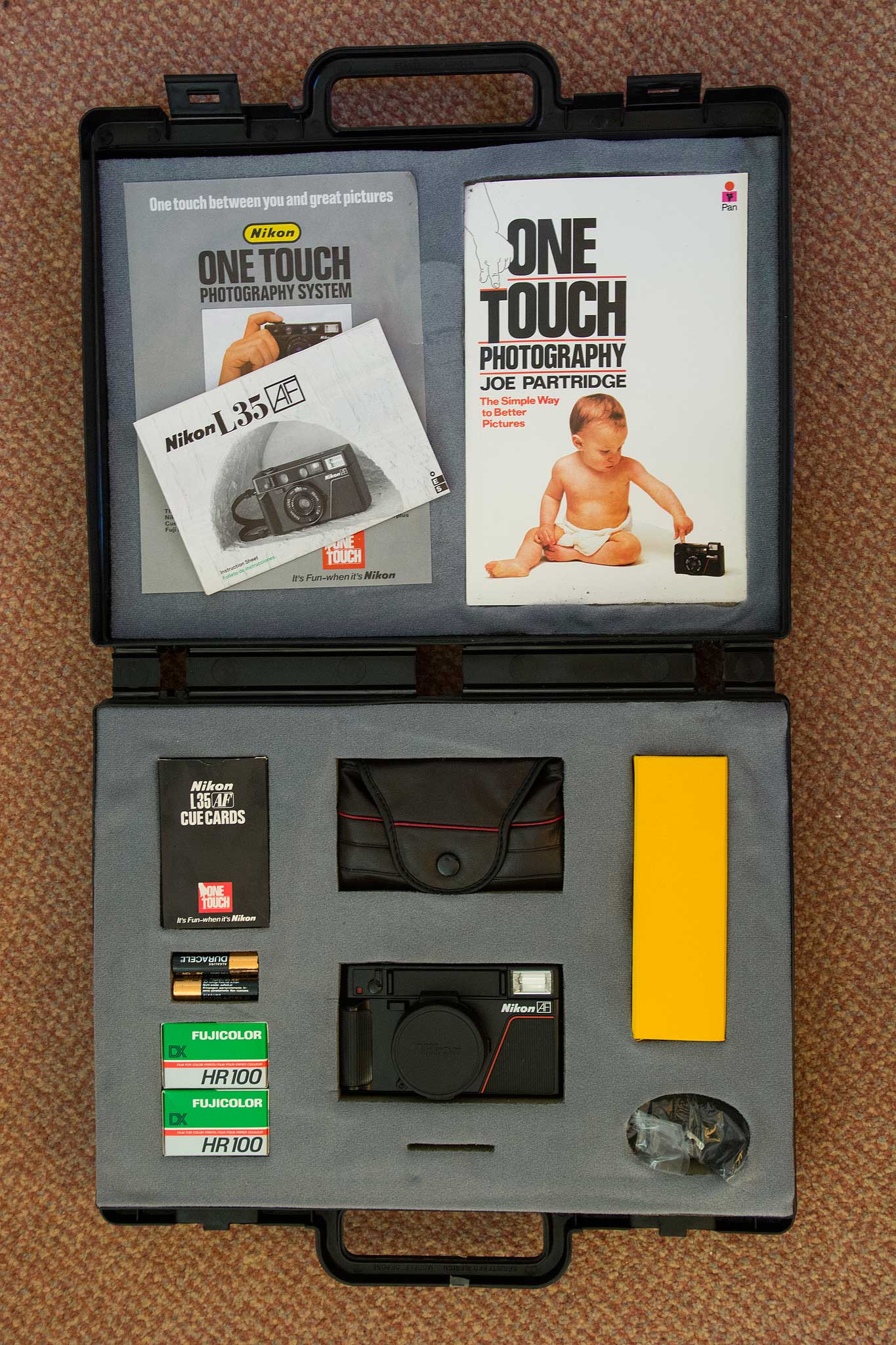 This Nikon L35AF point-and-shoot camera in a boxed set complete, as new and unused with the original receipt (£129.95). I got rather excited about it, not because of it’s value but because of it’s condition. Being ‘new’ and the set being so complete this must be if not a one of a kind, pretty damned close. I know little of the second hand film camera market, my best guess is that this might (in such perfect condition) be worth about what was originally paid for it as per the receipt. My dad paid £20 for it as it turns out!

There’s a part of me that wants to run a film through it, but another part of me that thinks that being unused and as pristine as the set is I shouldn’t. If I use it, does it then just become another old second hand film camera instead of what might one day (quite some way in the future) become a potential museum piece?